← back to
Weasel Walter
Get fresh music recommendations delivered to your inbox every Friday.
We've updated our Terms of Use. You can review the changes here.

by The Flying Luttenbachers 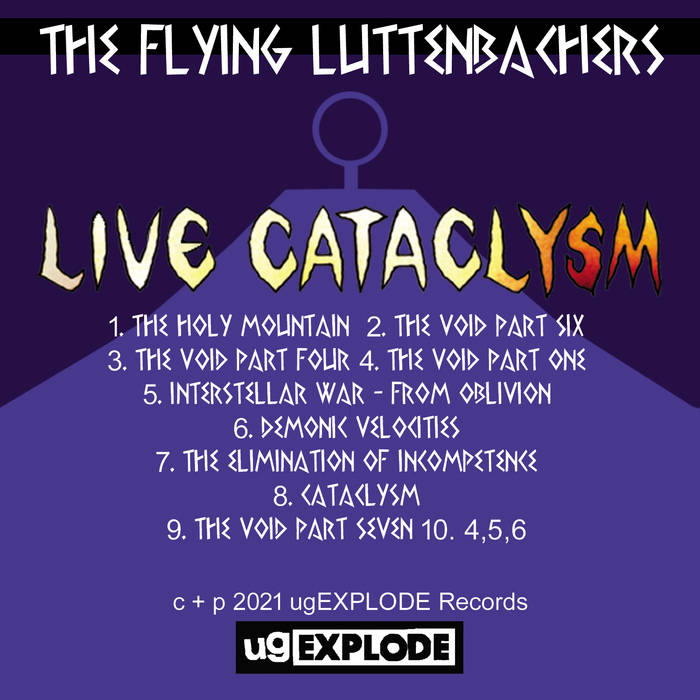 Finally released, the audio and video versions of the 2005 "Live Cataclysm" concert by the Flying Luttenbachers, featuring Weasel Walter, Ed Rodriguez (Deerhoof), Mick Barr (Krallice) and Mike Green (bass guitar). The audio version features the complete concert with no edits or overdubs, mixed from multitrack board sources by Weasel Walter. The movie version was shot on multiple cameras and features the multitrack audio soundtrack.

The DVD of the movie is a free bonus with the double LP reissue of "Cataclysm", and is available as a standalone item.

Bandcamp Daily  your guide to the world of Bandcamp